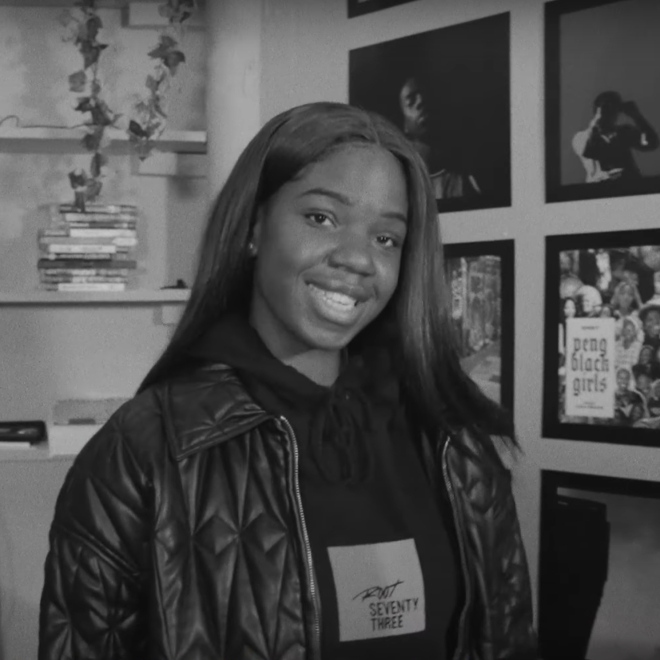 ENNY – ASK ABOUT ME

Following the success of hit single ‘Peng Black Girls’ with Amia Brave, and viral remix featuring Jorja Smith, Enny’s first release of the year serves as a reminder that she really is a lyricist at her core. In ‘Ask About Me’, the South East Londoner drops fiery bars from start to finish over the instrumental from Biggie Smalls’ ‘Kick In The Door.’ Enny swaggers through the track with slick flows that command attention, channeling a touch of Nicki Minaj’s 2016 VMAs energy [“What’s good, Miley?”].

Enny uses the track to address some of the backlash surrounding the omission of Amia Brave from the Jorja Smith remix of ‘Peng Black Girls’ which, to many, symbolised the colourism that affects dark-skinned black women in the music industry [see gal-dem writer Ella Jukwey’s discussion of the subject here]. Elsewhere on Twitter and Clubhouse, the debate escalated in a less productive, less nuanced way, which Enny alludes to on ‘Ask About Me;’

“You feel empowered ‘cause you run your little clubhouse,
Free my people from clout.”

With each line in the freestyle, you can hear the lessons Enny’s learned from studying the greats. From complex rhyme schemes to punchlines, she packs it all into the sonic equivalent of a knockout punch. In ‘Ask About Me’, she raps to defend her integrity, while drawing a line under the affair, “I used to care what people thought I do but now I just died.” Instead of dropping a single for the first release of the year, Enny has gone back to basics with this freestyle, placing her craft at the forefront. Stream below via YouTube.