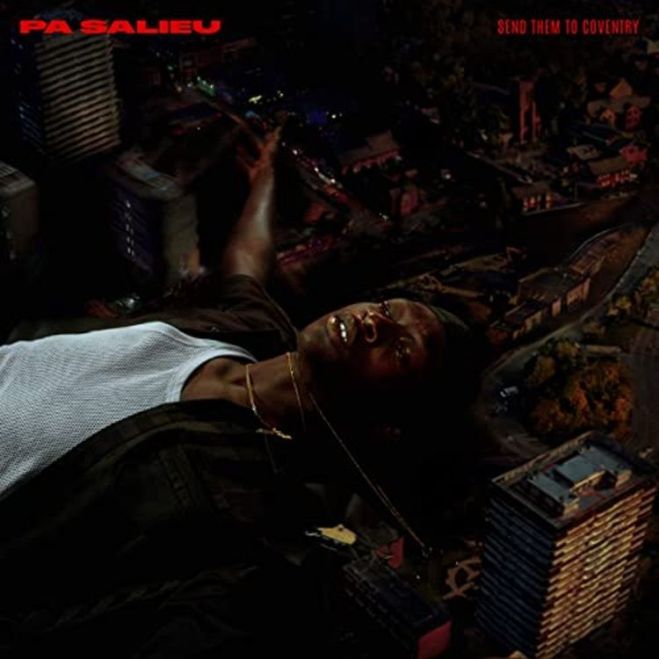 PA SALIEU – SEND THEM TO COVENTRY

Pa Salieu, self-proclaimed King of the City of Violence (C-O-V) releases his first project, ’Send Them To Coventry.’ Successful singles ‘Frontline,’ ‘My Family,’ ‘Blocky Boy’ and ‘Betty’ have proved Salieu’s consistency, all of which find a home on the project. He also enlists up and coming artists Mahalia, M1llionz and Backroad Gee, as well as a few Coventry natives to deliver his first full body of work.

‘Send them to Coventry’ is testimony not only to Pa Salieu’s upbringing but to his heritage. The military theme, with C-O-V being the base of course, allows us to follow his journey as he shares his experience, describing his hardships and struggles against a backdrop of instrumentation that is notably influenced by his Gambian heritage, many tracks resembling modern day twists on traditional African folk music, eerily similar to those you would find in the background of a Nollywood film. The album ends on a feel good track featuring Mahalia called ‘Energy’, which is definitely the most light hearted and uplifting of songs on this project. Stream below via Spotify.