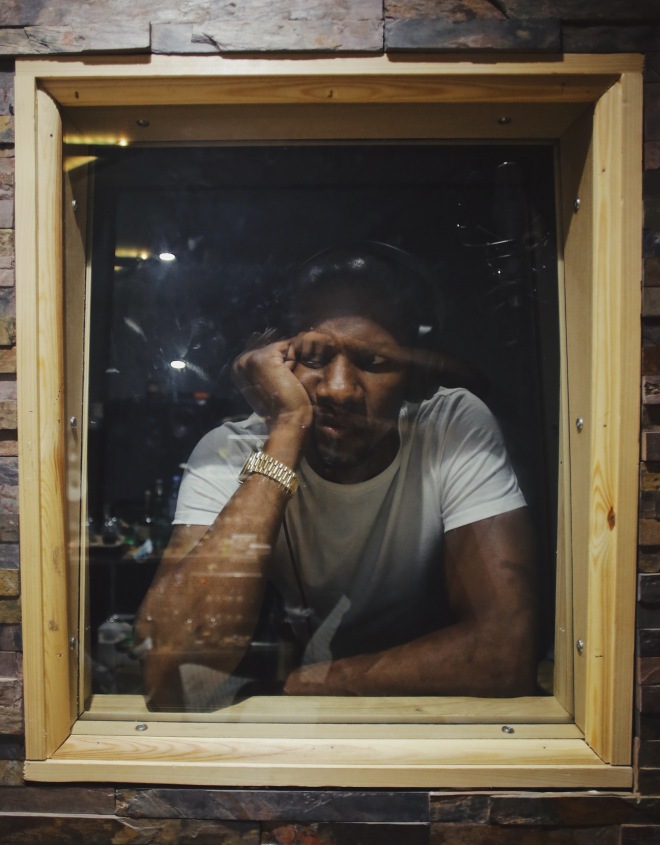 The fanfare around Giggs’ new mixtape ‘Now Or Never’ was kept to a refreshing minimum. Having been notably absent from social media for a year or so, the album was preceded by only one, short, enigmatic trailer.

In a year with so much cause for comment, Hollowman remains silent. You’d be forgiven for thinking that perhaps he’d do the talking on record, but the album is almost entirely without reference to anything ‘current.’ Instead, Giggs opts for the usual formula; ominous production and foreboding bars, and there are certainly no complaints here.

Giggs’ self-portrait on ‘Now Or Never’ is a stoic one; late nights in the smoked-out studio, the solitary pursuits of a self-assured kingpin. His team is small, his nights are long, and his profile is low. The music’s treated like the weight; moved around quietly, in large amounts at high quality. In contrast, Compared to his contemporaries, Giggs remains none too impressed; “Mixtape whack, your tracks are all fillers / No real n****s, need some more drillers / N****s ain’t eating, need some more dinners / Wigs get trimmer, need some more trimmers,” he raps on ‘All Spinach.’ The effect created throughout is one of distance; an ivory tower. It’s Bruce watching Gotham City in disarray from the roof of Wayne Enterprises.

Every now and then though, we get a glimpse of Giggs’ trademark sense of humour. Whether it’s ending lead single ‘Buff Baddies’ referring to himself as ‘buff zaddy,’ or the Dragonball Z references on ‘All Spinach.’ That said, there’s comparatively very little light-hearted relief on ‘Now Or Never,’ there’s certainly no ‘Baby,’ ‘Linguo’ or ‘Lock Doh’ to be found here. Nor is there anything like the bombast of ‘BIG BAD”s ‘Terminator,’ or anything quite as hard as ‘187.’ It’s an album that remains on one, consistently understated level.

For a 16 track project, the features feel relatively few and far-between, but well chosen; Kyze providing youthful energy on ‘100 Reps,’ A Boogie Wit da Hoodie giving ‘Now Or Never’ it’s best chance at a crossover hit in ‘Changed Me,’ and Dave’s poised delivery on ‘Straight Murder,’ which might just be the album highlight. Elsewhere, Obongjayar’s hook on ‘Don’t Be Shy’ feels like the catchiest moment on the album; his high-pitched vocal forming the perfect counterpoint to Giggs’ baritone flow and Barney Lister’s shuffling beat. It’s the closest to ‘Lock Doh’ we get on ‘Now Or Never.’ Jorja Smith also lends a melody that’ll stick with you for weeks on ‘I’m Workin’.’ It’s an understated, sprawling track about ignoring distraction and letting your creative output do the talking.

The title ‘Now or Never’ creates a misleading sense of urgent vitality, this mixtape would be readily received now, in a minute, tomorrow, the next da, or last week – it’s a timeless addition to the Giggs canon. Stream below via SoundCloud.