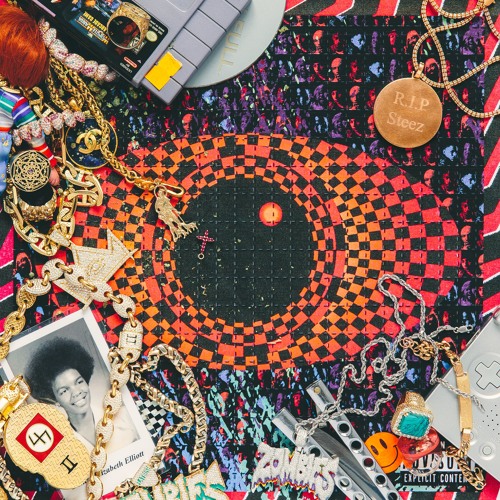 There was a time [2014, to be precise] when it felt like the most fresh and exciting Hip Hop music was coming out of New York again.  The Odd Future bubble had begun to burst, and three New York collectives were beginning to put out their respectively different takes on a classic sound; Flatbush Zombies, The Underachievers and, arguably the most successful, Pro Era.  United under the ‘Beast Coast’ moniker; fans began to speculate that a collaborative project between the three crews would be a real game-changer.  Fast forward four years or so, and we’re here; Beast Coast have release their debut collaborative album ‘Escape From New York.’

Unfortunately, it hasn’t been worth the wait.  As a body of work, ‘Escape From New York’ lacks, above all, cohesion.  ‘Left Hand‘ is the only real point at which the album reaches its full potential; a braggadocious, menacing posse cut.  ‘Rubberband’ also shows glimmers of the classic that could have been, but unfortunately there’s little else that sticks as the three crews switch between styles that merely emulate what the rest of the genre is currently up to; ‘Coast/Clear’ being the ultimate ode to the washed out, Travis Scott-inspired sound of 2018/19.

It’s a real disappointment, but perhaps our expectations were too high; is it unreasonable to expect a sense of cohesion from an album with quite so many contributors?  Stream below via SoundCloud.