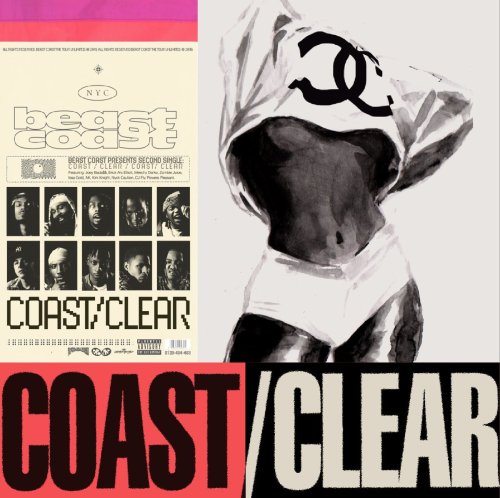 ‘Coast/Clear’ follows ‘Left Hand‘ as the second single from the Beast Coast collective, comprised of Pro Era, Flatbush Zombies and The Underachievers.  The title track from the East Coast supergroup sees Powers Pleasant handling production, with seven MCs delivering bars representing their respective crews.  What makes Beast Coast stand out, is their continued commitment to their new spin on the classic New York sound.  Unfortunately, ‘Coast/Clear’ is an abandonment of their singularity; it’s a wishy washy attempt to pander to the mainstream in the vein of Travis Scott.  Stream below via YouTube.