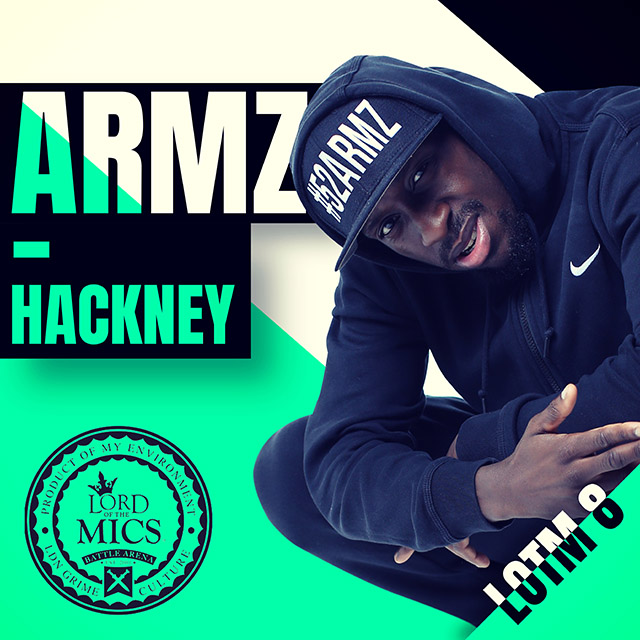 LORD OF THE MICS SETS SAIL FOR VOLUME 8

Lord Of The Mics is synonymous with Grime. It’s just about as Grime as Jammer’s basement, Nike Air Max or the Adenuga family. For almost 20 years now the brand has provided a platform for up-and-coming UK talent to show the rest of the scene what they’re made of. Beginning as a DVD box set that captured established MCs using their lyrical prowess to gain the upper hand against each other in a series of ‘clashes’, the DVD has since become an Official Charts Top 10 selling release. With a roster of past participants from its previous seven instalments that include Skepta, Wiley, Kano & Tinchy Stryder, it comes of no surprise that from the moment founder Jammer started tagging Lord of the Mics on Instagram, social media has been alive with the excitement of the highly anticipated release.

Now the full line up of all 9 clashes that will appear on Volume 8 is exclusively as Lord of the Mics season is officially declared as OPEN!

Tommy B is the Essex boy ready for war! He may be from a small town called Molden but he’s looking for a big win and he’s not scared to show people what he’s capable of. If you want to know what he’s about musically then check out the Silencer produced ‘Martian’ freestyle.  Jay0017 is the FIRST Bristolian to represent on LOTM to bring humour and a fresh face. His biggest tune to date is ‘Bristol City’ prod by Oh91 featuring Dimpson. He’s hitting LOTM to be seen by a wider audience, showcasing himself and the Bristol grime scene.

TenDixon is bringing raw energetic entertainment back to London grime clashes. His latest tune is ‘Only one/Mans Outside’. His biggest accomplishment is putting energy and the hunger back into people stomachs for ‘Real grime’.  Tana is from Birmingham, the historic Invasion Crew and he’s ready to war! Honing his craft supporting the likes of Mist, Jaykae and and AJ Tracey on tour, his music is hitting 100K plus streams and he’s got a headline show in the pipeline. He’s ready to collect the body and bring it home for Birmingham. 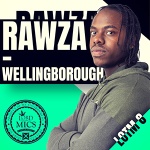 Logan is debuting on LOTM after just 2 years of working his craft. He’s looking to bring Energy, Versitility, Style and Bars. He’s hoping that LOTM will bring a bigger audience to his music and is looking forward to dropping a joint EP with fellow LOTM alumni Micofcourse later in the year. Logan’s enjoying being acknowledged by the likes of Jammer and other MCs he grew up on. Armz is bringing his A Game to LOTM8. He has passion, style, lyrics, flow and experience as he’s been doing this for +10 years so will have a young OG perspective & approach. In 2017 he dropped a project called #52Armz where he released a track every week for the entire year. This year Armz is working on an Album entitled ‘Tark Rite’ which is 100% grime with features such as Wiley (The Godfather) & other established grime emcees. His biggest achievement is his craft and the longevity of his artistry.

T Roadz is bringing talent to LOTM8 to show that no matter how old you are or where you come from you can still get Shelly on mic! His stand out single is ‘T 2 Da roadz’ which is out in all digital platforms. T Roadz biggest achievement was creating Blackbox history by being the youngest and only one to get a wheel up every time in the history of the freestyle series. SBK is bringing style and pure grime energy to LOTM along with his personality. SBK is multi talented as he is also a producer, his biggest tune to date is called ‘Get Up!’ and is self produced. He wants you to know he’s here to win LOTM.

YIZZY Vs MIC OF COURSE

Yizzy is bringing a performance like you’ve never seen before. “It’s more than a clash its not just about what i say but also how I say it. When i diss the other guy I’m dissing him with lyrics, with body language, with everything I possibly can.” – He has a song out right now called “Yeah” produced by Grime legend Mr. Virgo, the remix features 2 Australian Grime artists called Shadow & Nerve. A relative newcomer Yizzy’s biggest achievement so far has been performing to a sold out O2 Brixton Academy. Micofcourse says LOTM is a massive opportunity for him and clashing is something he loves and was part of his come up. He loves the unfiltered approach. His biggest achievement was travelling to America to do radio shows and hitting the studios out there. ‘Of Course’ is his biggest single and he’s performing at Eskimo Dance in March. 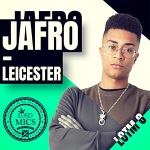 Jafro is a new artist from Leicester and part of a new scene building there. He’s currently putting together an impressive body of work with an album and a few singles planned to follow his LOTM debut. To find out more about him you need to listen to the ‘Style and Grace Remix’ that he features on alongside Namesbliss, Melvillous and Prez T.
Dialect is bringing what it is to be a grime MC! He considers himself one of the best grime clashing MCs in the UK and has been rapping since grime became a thing. He brings experience and authenticity. He’s in LOTM8 because he wants people to know about grime. It’s the only music that inspired him to write a lyric and it’s been his main genre that has kept him going as a lyricist.

Reece West is from Alexandra Place (London) and is already an established emcee with a profile. Of late he has been doing touring and performing a number of shows overseas including New York. He’s bringing his unique flow and style to LOTM and he’s looking to win! Reece is hoping that LOTM will push him on to bigger things. The tune that best sums him up is called ‘Walk on Water’. F.O.S is bringing back the passion and energy to LOTM and to grime. His biggest musical achievement has been performing with Grime Veteran D Double E. F.O.S says his single ‘Pro’ is the one you should check out to get an insight in to what he does.

Funky Dee is no stranger to the grime scene and is about bringing all round entertainment and some positivity to LOTM 8. As an artist his biggest achievement was his monster hit that saw him gain success throuhgout Europe. For a slice of what he’s about, check out ‘Move With The Times’ featuring Wiley. Mischief is from Hertfordshire and has been MCing since 2004 but he’s pulling out all the stops this year with LOTM8. He’s bringing flows, passion and venom to his clash and says he’s been training for this the whole time.To get to know Mischief’s style, check out his own favourite freestyle ‘Noizee’.

Tickets are available now from www.lordofthemics.com.