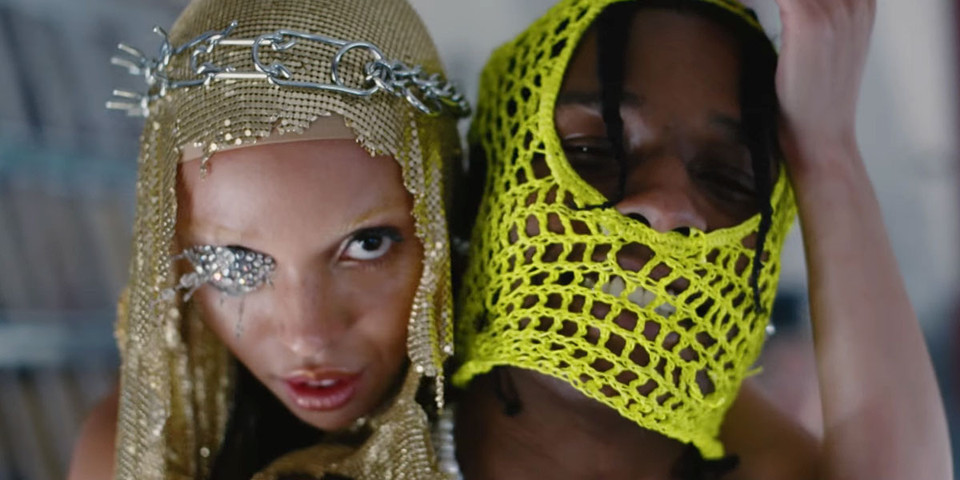 Harlem born MC A$AP Rocky drops the video for ‘Fukk Sleep’ featuring FKA Twigs, a track taken from his latest album, ‘TESTING‘. The futuristic video sees A$AP Rocky and FKA twigs smashing windows, stealing cars, dancing on the counters in a jewellery shop, and visiting strip clubs in New York City. Produced by Object Animal and O Creative Studio and directed by Diana Kunst, it’s a visual that blends High Fashion with that of the streets, pole-dancing with cyberpunk. Stream below via YouTube.