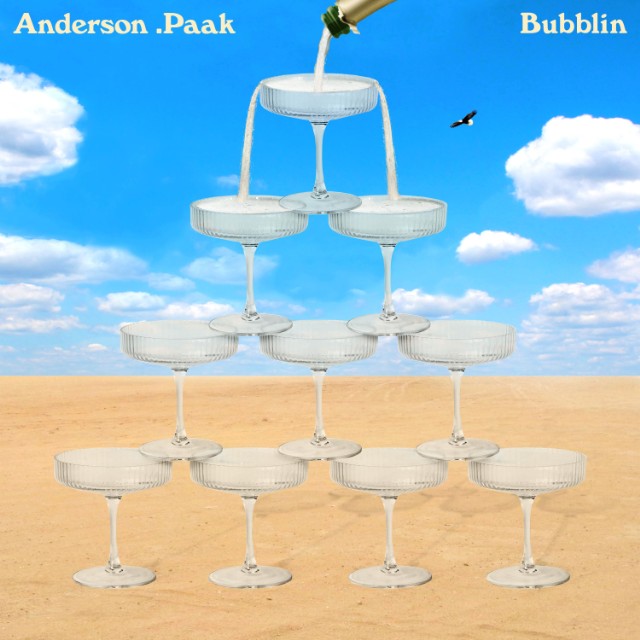 Anderson .Paak is officially back. It’s been two and a half years since Anderson .Paak’s critically-acclaimed solo album ‘Malibu’, and he’s back with newest single ‘Bubblin”. Two months after ‘Til It’s Over,’ the artist spoke to Beats 1 about his time out. “Listen to me, I have 65,000 songs in the vault,” .Paak told Zane LowLowe. “No features, fam. Some of them are acapella, no beats. 15-minute songs, my bro. Trust me, I’m good fam. This is a quality piece right here. This one should stick for at least six summers.”

“‘Bubblin’ is just a whole lot of fun,” he continued. “I had the beat from Jhalil Beats and Antman Wonder. Jhalil sent me a pack of beats, you know 50, 60 beats. I loved them all. I was just writing to all these beats and that was one of them that I just loved off top. It sounded like some black 007 action adventure high-speed chase type of music. Originally I was trying to get Lil Sims to rap on it first because she was in the studio too. I remember trying to get other people on it, then eventually I just wrote on it. It took me a couple of days. I did it. I started it in L.A. and I finished it in New York. And it was just one of them ones. It gets the energy going, gets the blood going.”