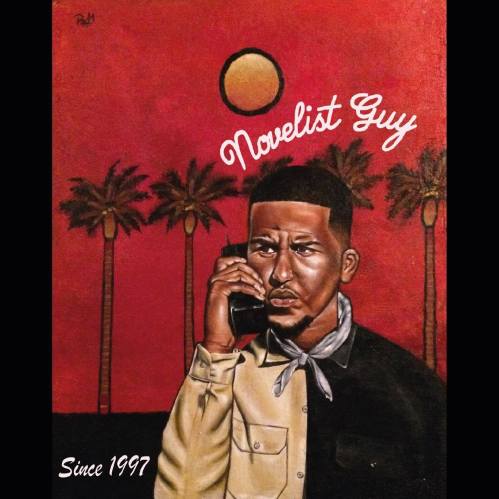 Still proudly independent, Novelist releases his debut LP ‘Novelist Guy’ on his own label, MMMYEH Records.  His beats are as harsh and synthetic as ever, a far cry from his production on last project ‘Be Blessed,’ but in a lot of places his bars are far more thoughtful.  Lyrically, Nov often appears at a crossroads between ‘conscious’ content in the form of introspection and political messaging [‘Dot Dot Dot’ and ‘Stop Killing The Mandem’ for example], and upholding the traditional live role of the Grime MC on tracks like ‘Man Better Jump’ and ‘Nov Wait Stop Wait’.

‘Novelist Guy’ feels like it’s been a long time coming; it’s been over three years since the collaborative EP with producer Mumdance, ‘1 Sec‘ which first put him on our radar.  It’s gratifying to see an artist take the time to create and release a debut album their way.  “I don’t see success in the way that other people see it,” the self-professed Lewisham king tells RWD Mag.  “My album being done and sounding exactly like I wanted it to sound; that’s success fam.”  Stream below via Spotify.