2017 was the year that the world celebrated such triumphs as NASA astronaut Peggy Whitson spending a record-breaking 665 cumulative days in orbit, as well as Salt Bae exhibiting the most majestic seasoning technique known to man.  We also saw the inaugural Fyre Festival fail in spectacular style, and said goodbye to musicians such as Lil Peep, ACDC’s Malcom Young, Fats Domino & Steely Dan’s Walter Becker.  Sticking with music, it’s also been the year that ‘Mumble Rap’ made its way to the forefront of Hip Hop, and Cardi B achieved the longest-running number one ever by a female solo Rapper with ‘Bodak Yellow’.  Enough reminiscing though – here’s our run-down of the very best albums released in 2017. 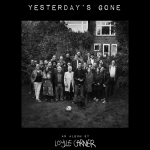 What better way to kick off 2017’s list than with the long-awaited debut from South London’s Loyle Carner? An intimately personal album, ‘Yesterday’s Gone’ contains a sample of his mother’s voice and a track written by his father; rendering it more than just a collection of tracks. Carner stands out a mile in an age of Mumble Rap thanks to his honest introspection over some sublimeJazz-tinged instrumentals. 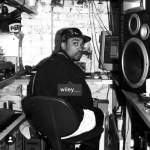 It’s a shame Wiley’s alleging that his eleventh studio album will be his last – “This is my last album, in theory… You know, Wiley the brand, you’re not going to see me trying to cane the arse out of tens of Wileys” – as ‘Godfather’ is arguably his finest album in years. Production from the likes of Darq E Freaker, Preditah, Rude Kid and more provide an excellent backdrop for Wiley, Devlin, Ghetts, JME & co. on The Godfather’s return to form.

Thundercat’s ‘Drunk’ is brimming with the multi-instrumentalist’s unique sense of humour. Easily this year’s best-produced album, ‘Drunk’ feels smooth and almost dream-like throughout; a 23-track epic journey into the often hilarious and sometimes dark mind of the Grammy-winning singer/bassist which finds a few of his friends joining him along the way including: Kendrick Lamar, Pharrell, Michael McDonald, Kenny Loggins, Wiz Khalifa, Kamasi Washington and Brainfeeder mastermind Flying Lotus.

Conceptual, theatrical, electronic… ‘CCCLX’ is actually Lunice’s debut, despite the Montreal producer pretty much inventing Electronic Trap with TNGHT cohort Hudson Mohawke some five years back. This album’s dark and transcendent tones merge Lunice’ distinct electronic style with some of the tropes of Rap, packaged with some stunning visuals. 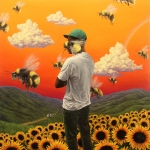 ‘Flower Boy’ is an album that invites the listener to slow down and enjoy the dreamy [and somewhat controversial] inner workings of Tyler, The Creator. Amidst merging sonics and shifting tempos, Tyler exposes the inner conflict that comes hand-in-hand with coming of age and a series of ambiguous, sexually-charged innuendos that had us all questioning whether he’d been opening up about his own sexuality. ‘Flower Boy’ reveals the humanity behind the clever trolling that took Tyler from his Odd Future beginnings to a household name. It might not be his most complex body of work to date, but it is by far his most complete.

Let’s face it – ‘Magna Carta Holy Grail’ wasn’t Jay Z’s greatest work. ‘4:44’, on the other hand, just might be his best for a very long time. It’s Jigga at his most confessional; “I saw that he, from our initial conversation, wanted to say more and wanted to say some things that he hadn’t said,” says producer No I.D. At just ten tracks, it’s an incredibly concise body of work, particularly in today’s thirty-track-mixtape-every-month culture. 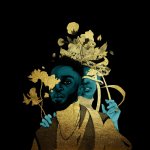 “I had to start dissecting all the things I had to unlearn in order to relearn again,” says Kojey Radical on new album ‘IN GOD’S BODY’. Work began on the project the very day after the release of his debut proper, ’23 WINTERS’, and while his approach may have been different, the result is every bit as compelling.

Vince Staples’ ‘Big Fish Theory’ could be considered something of an underdog in the ‘Top 10 of the Year’ game.  Released without the comparative fanfare of its contemporaries, Staples’ second album was a considered sophomore effort that took a completely different direction to his largely autobiographical debut ‘Summertime ’06’, but equally lived up to all expectations set by it. Staples continues to break from Rap tradition; the young emcee becoming a key player in the scene since the release of his ‘Shyne Coldchain’ mixtape back in 2011.

Kendrick Lamar’s third album ‘DAMN.’ is exactly the dose of K-Dot the doctor ordered – Kendrick’s bars are as incendiary as ever, delivered as only he can.  It may not have the conceptual depth of its pre-decessors ‘Good Kid MAAD City’ and ‘To Pimp A Butterfly‘ [and indeed ‘LOVE.’ is undoubtedly a weak link], but ‘DAMN.’ sees Lamar continue to stand head and shoulders above his contemporaries.

‘Gang Signs & Prayers’ tops our list, th Croydon MC already a household name before exposing whole new sides of his personality on his debut album.  ‘GSAP’ hit the UK charts at number one, bringing Grime truly to the mainstream after Skepta’s ‘Konnichiwa’ paved the way the year prior.

So there it is – our top 10 albums of 2017.  Let us know if your favourite made the cut, and who’d make your list.  Here’s to another year of amazing music.