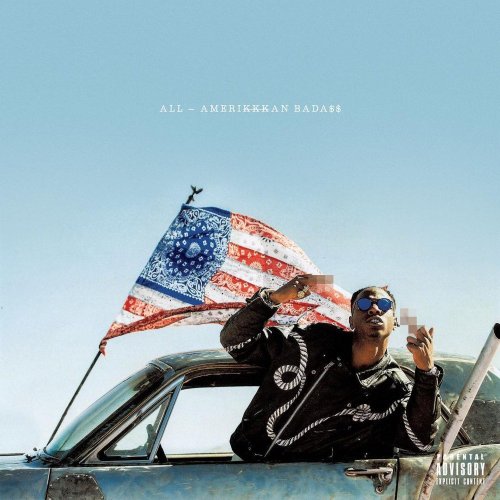 Joey Bada$$ follows 2015’s ‘B4.DA.$$‘ with ‘All Amerikkkan Bada$$’; his second studio album proper.  “This new project is very powerful,” explains the Pro Era kingpin.  “That’s the best thing I can say about it: it’s very strong music. It’s like hella vegetables. It’s hella good for you, and it’s almost my hesitance with it: the fact that it’s so good for you, because these kids these days want candy. ‘Devastated’ is almost like the organic candy because the message is still good for you.”  He has a point; ‘AABA’ certainly doles out the greens – so much so that it falls the wrong side of preachy on more than one occasion [‘Land Of The Free‘ being a particularly clumsy example].  Ours is not to criticise though – on AABA Bada$$ delivers a Hip Hop album full of heart and clear in message, without skimping on the delivery and production that’s earned him his stripes.  Stream below via Spotify, click here to download via iTunes.