When Apple Music reps told us to expect more from Frank Ocean this weekend after he dropped visual album ‘Endless‘ on Friday, speculation was rife that ‘Boys Don’t Cry’ would finally see a release.  Well, not quite.  That album title is allegedly subject to change, and in the meantime we’re gifted new video ‘Nikes, which features a person running around on fire, a nude woman riding a white horse, and a rapping chihuahua.  Given that it doesn’t feature on ‘Endless‘, it’s reasonable to assume that the track is taken from the forthcoming album, but at this point it’s anyone’s guess.  Stream below via Apple Music. 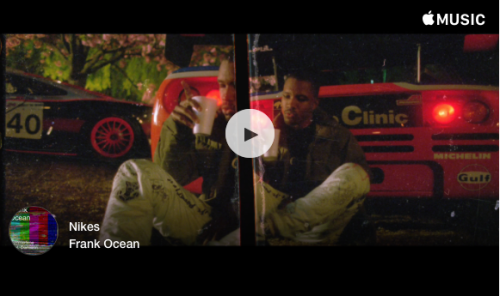