With 2015 drawing to a close it’s that time of year again – our top ten albums list.  As ever, we’ve brought you countless excellent albums by a whole host of artists. The variety in our top ten speaks volumes about how great this year has been for music right across the world, although it will no doubt be remembered for that one fucking Adele album.  This year’s number one was the easiest decision we’ve ever had to make.  It might not be a surprise, but it’s an album that will surely be remembered for many years to come.  Elsewhere in the list, it’s great to see a few British albums making the cut.  Dig in below, and let us know your thoughts – who did we miss out?

Kicking things off this year’s list is A$AP Rocky’s ‘At.Long.Last.A$AP‘.  The follow-up to 2013’s ‘Long.Live.A$AP‘ manages to take Rocky’s bordeline Trap sound on an acid trip to the mainstream via ScHoolboy Q, Kanye West, Lil Wayne and… Rod Stewart.  Check it out here, download here on iTunes.

Although projects like ‘Saab Stories’ have made Action Bronson a household name, ‘Mr. Wonderful‘ is actually his major label debut.  It may not be perfect, but it’s earned it’s place in our top ten for the sheer amount of Bam Bam’s personality that exudes from every track.  In short ‘Mr. Wonderful‘ is more Action Bronson than a gourmet, marijuana-infused meatball sub   Check it out here, download here on iTunes. 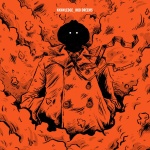 Knxwledge’s ‘Hud Dreems‘ took us completely surprised when it dropped back in May.  It’s a intricate, dense web of dusty Hip Hop sampling from the LA beatmaker behind much of ‘To Pimp A Butterfly. It’s been a huge year for Knxwledge, who’s also produced tracks for Joey Bada$$ and released an album with Anderson .Paak as Nxworries.  Check out ‘Hud Dreems‘ here, download here on iTunes.

Roots Manuva might be in his forties, but on his new album ‘Bleeds‘ he’s keeping things fresher than ever.  Production from the likes of Four Tet and some of Yates’ deepest, most intense lyrics yet make this album a truly compelling listen.  ‘Bleeds‘ is no less than the sixth solo LP from the UK legend – check it out here, download here on iTunes.

Although we were all more than familiar with Joey Bada$$ by 2015, ‘B4.DA.$$‘ is really the Pro Era MC’s magnum opus.  On his full length debut, Bada$$ truly hones in on his style on an album that’s as much about looking forward as it is about paying homage.  Cuts like ‘No. 99‘, ‘Big Dusty‘ and ‘Christ Conscious‘ really do showcase the young star at his very best.  Check it out here, download here on iTunes.

When we first heard that BBNG and Ghost were teaming up for a collaborative album, we were fairly excited.  When tracks like ” and ” emerged featuring Danny Brown and DOOM respectively, we pretty much lost our shit altogether.  ‘Sour Soul’ definitely lived up to the hype, and moments of idiosyncrasy Jazz from the Canadian trio set this well apart from your average Rap album – check it out here, download here on iTunes. 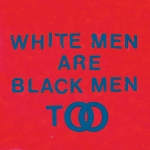 Young Fathers’ Mercury Award-winning ‘DEAD‘ was our album of 2014.  This year’s ‘White Men Are Black Men Too‘ is similarly worthy: it’s some of the Edinburgh trio’s most accessible work to-date, yet the framework is as jarring and experimental as ever.  As an album, it’s as complex and singular as the band themselves. Check it out here, download here on iTunes.

3. EARL SWEATSHIRT – I DON’T LIKE SHIT, I DON’T GO OUTSIDE 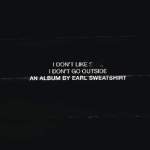 Earl Sweatshirts second album is an agoraphobic triumph.  Everything about this release smacks of disaffection; whether it’s the scratchy, lo-fi beats, the agoraphobic album title [and indeed it’s awkward length] or Earl’s frankly pissed off flow.  Following ‘Doris‘ can’t have been easy, but producing ‘IDLSIDGO’ himself allowed Earl to create an album more distinctively ‘Earl’ than ever before.  Check it out here, download here on iTunes.

Although singles ‘Senorita‘, ‘Get Paid‘ and ‘Norf Norf‘ had us awaiting Vince Staples’ major label debut with baited breath, it still managed to blow us away.  On the album, Staples laments the extent to which he’ll always be a product of his environment, delivering electric bars in the process.  If we were to award a ‘Best Video of 2015’ award, there’s absolutely no doubt that ‘Senorita‘ from this album would take it.  Check it out here, download here on iTunes.

1. KENDRICK LAMAR – TO PIMP A BUTTERFLY

It had to be.  Kendrick Lamar’s ‘To Pimp A Butterfly’ is a modern day masterpiece.  It’s so densely layered it offers something new with every listen.  Laced with stand-outs like ‘i‘, ‘The Blacker The Berry‘ and ‘King Kunta‘, the album embodies Kendrick’s frustration at a political system that continues to disadvantage African Americans, and it’s wrought with political and social criticism.  ‘TPAB‘ is also dense with poetic technique, as characters representing personality traits waltz in and out of tracks that flip between stories of K-Dot’s Compton neighbourhood, political rhetoric and self-evaluation.  A worthy winner, don’t you agree?  Check it out below via Spotify, download here on iTunes.