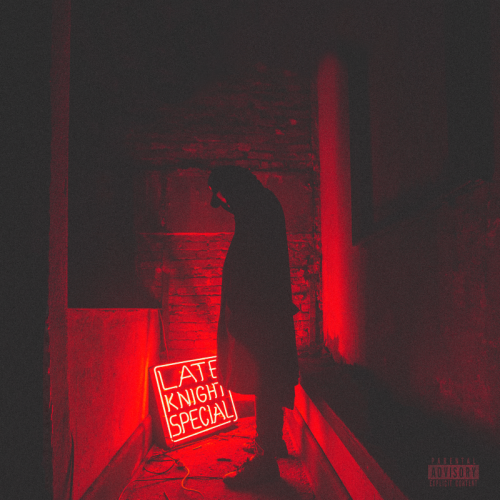 Kirk Knight, the man behind some of Pro Era’s finest, releases his solo debut, ‘Late Knight Special’.  As a producer, he’s created a collection of tracks that range from that classic Brooklyn Hip Hop with which we’re familiar to a far more contemporary sound.  On the mic he’s equally dextrous, trading bars with the likes of Joey Bada$$ and Mick Jenkins.  We caught up with Knight to explore the album a little deeper.

Opening track ‘Start Running’ sets the tone with a vocal sample from Jazz legend Sun Ra.  “What inspires me is that he really believed that music is the fuel to travel through the universe, the instruments were the spaceships,” explains Knight.  “Since everything is frequencies, music is the ‘sound’ of the universe.  The way he thought about music – at such a high standard – is just like how I think about music so I related.”

The soundscapes on ‘Late Knight Special’ vary deeply between gritty Boom Bap [check out ‘Knight Time‘ above] and a more electronic, contemporary style.  “I wanted to showcase that.  I did it on purpose because I wanted to show the range of music and sound that I could touch and create.”  Outside the music, the timing of the album’s release is very significant for Knight: “It was a cathartic release because it’s like I finally have music out and my voices, beliefs, statements are now on iTunes!  It’s also a next step because I’m starting catalogue, and this project funds me to get bigger and better equipment to produce something greater than the last.”

The album also features a contribution from Jazz Genius Thundercat on solemn collaboration ‘Dead Friends‘.  “It was the easiest collaboration in that he was so chill, and so talented.  He played the bass like how you and I know how to walk,” Knight continues.  “It was amazing being in his aura.”

The album represents Knight’s desire to take listeners on a trip, and nowhere is this more coherently achieved than on ‘The Future’.  “I’m most proud of it because of how big that song sounds to me, from when TheMind sings to when I come in rapping,” says Kirk.  “There was so much that went into that song because the part that TheMind sings on came from his producer – Thempeoples produced that part of the beat.  My part of the beat is where I’m rapping and he’s singing the hook.  The session had like sixty or seventy tracks and sitting there, making sure all of those instruments blended, was an experience I could never forget.”

Producing Pro Era tracks for so long and taking time out to live his own life mean that Knight’s debut is more accomplished than most.  His considered approach means that ‘Late Knight Special’ is a superb introduction to an artist coming into his own.  Stream below via Spotify, click here to download on iTunes.