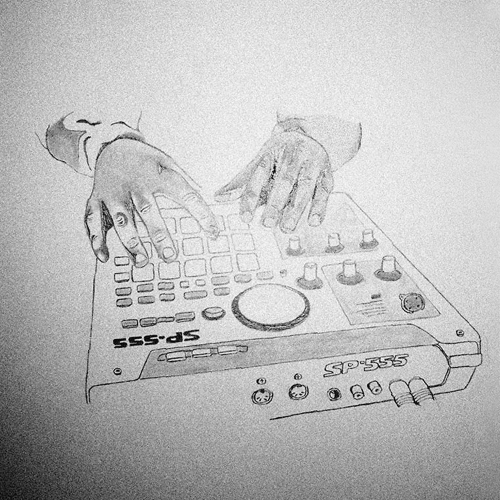 Sporting Life [the production mastermind behind NYC trio Ratking] goes it alone on his new album, ’55 5’s’.  His first solo project is named after his beloved Roland SP-555 sampler, and sees the producer explore a far more experimental take on sample-based electronic Hip Hop.  While the vocal chops on first single ‘Badd‘ may be reminiscent of his work with Ratking, the bursts of frenetic Drum & Bass certainly aren’t.  It’s an uncompromising project that is apparently inspired by basketball highlight videos: “Fan-made YouTube basketball highlight videos were a big inspiration for the project as a whole,” Eric explains. “I was trying to make tracks that you could put images of athletes playing sports to, because when I watch sports set to certain music it gives me chills sometimes, or might bring a tear to my eye because of the emotion the players might be showing at the same time some ill track is playing.”  Bear that in mind while you stream below via BandCamp.