EARL SWEATSHIRT – I DON’T LIKE SHIT, I DON’T GO OUTSIDE 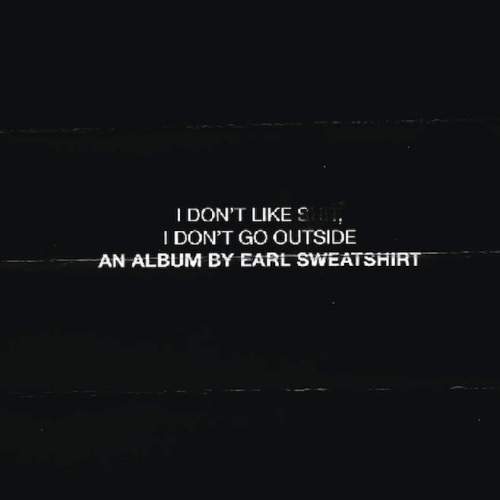 After dropping ‘Grief’ last week, Earl Sweatshirt releases his follow-up to 2013’s ‘Doris‘, ‘I Don’t Like Shit, I Don’t Go Outside: An Album By Earl Sweatshirt’.  Everything about this release smacks of disaffection; whether it’s the scratchy, lo-fi beats, the agoraphobic album title [and indeed it’s awkward length] or Earl’s frankly pissed off flow.  In terms of accurately portraying that kind of emotion, ‘IDLSIDGO:AABES’ delivers in spades, but it’d certainly be hard to argue the case for it being a ‘better’ album than its 2013 predecessor.  Stream below via Spotify.