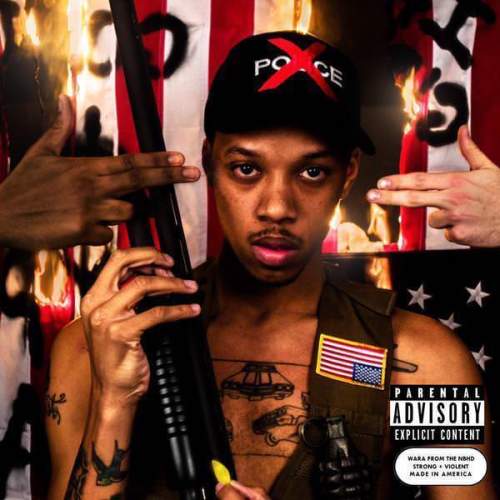 After releasing ‘P.N.S.‘ around a fortnight ago, Wara From The NBHD releases ‘If Guns Could Speak’, a seven track EP featuring the single, released on Playin Four Keeps Records.  It’s often said that Hip Hop is at its most culturally effective when used as a “rhetoric of resistance”, and ‘IGCS’ has that in spades.  The EP does everything it can to warrant the description “politically-charged”; each electric guitar adorned beat sounds as dangerous as Wara’s angry, passionate bars about his experience as a disillusioned and disenfranchised minority living in America.  Stream below via SoundCloud.